Four years ago today, we were being sent home from the hospital – not in labor – with the instructions to take it easy and baby would be here soon.  The next morning, we headed back into the hospital because I “thought this was really it.”

“You are maybe a 1,” they told me.  But we were admitted and soon found out that babies don’t just come right away…. It takes a bit of work.

Nineteen hours later, he arrived.  I literally laughed at my doctor joking about the massive amount of hair he had on his head and out he came.  And he was absolutley gorgeous.  And though it sounds cheesy and though you probably hear it often, I fell madly in love with him as soon as he was placed into my arms.  Our Jacob Allan.  Six pounds and five ounces with a full head of hair.  I cried.  My husband cried.  And for some reason I love watching that part of the video footage… my husband with a ton of happy tears in his eyes.  Because it really truly was one of the most beautiful days ever. 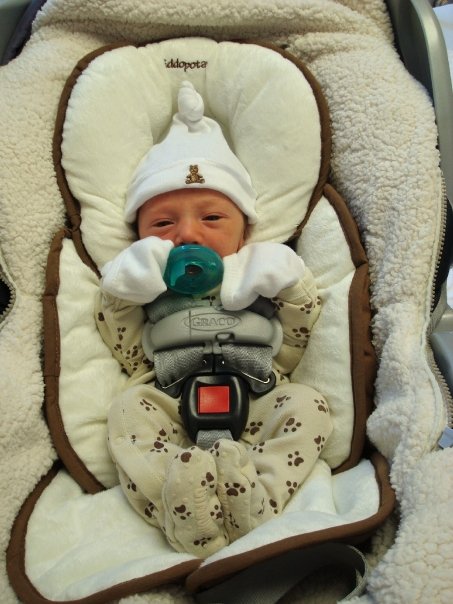 It’s a funny thing becoming parents.  We were prepared for it on paper… we took the classes, toured the hospital and prepared baby’s room. But you really just don’t know what the whole parenthood will bring until it is upon you.

A new person.  All to yourself. 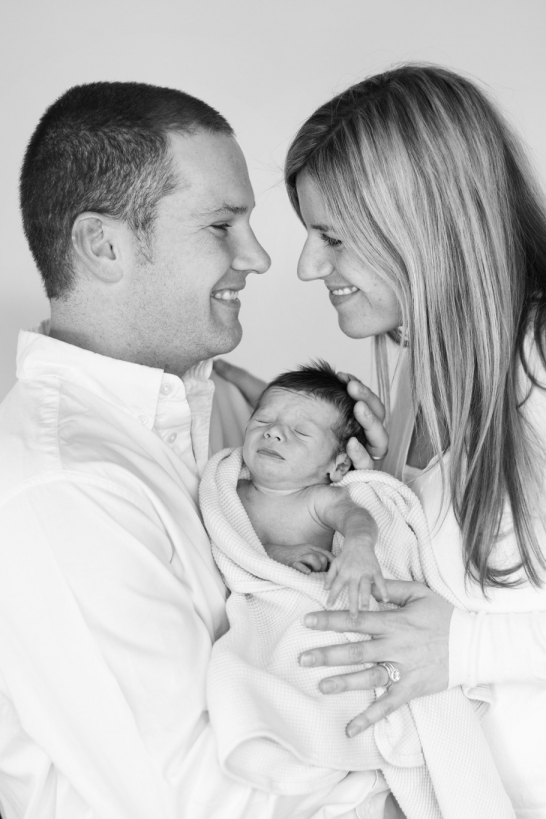 Back in college, I decided I wanted a puppy.

I researched and researched and made tons of phone calls and finally one morning, without telling anyone, I drove to this family’s house that had a brand new litter of Shih-tzus.  I played with them, fell in love with one of them, and then – not one to make a rash decision – told the owner that I would think about it and be back the next day.  She informed me that she did have several people coming to see the puppies later in the day (perhaps a great sales technique) and with one more cuddle from the one that melted my heart, I promptly handed her a check and the adorable, three pound puppy was mine.  I loaded her into my car, wrapped her in blankets and started driving.  I called my mom, told her the news, and then asked her “well now what do I?”

And that first day home with our brand new newborn, it was kind of like that.  Now what do I do?   And that’s when things just flawlessly come together.  We loved.  We cuddled him, swaddled him, and took hundreds of pictures of him.  I cried when he cried at his first shots, raced to his bassinet every time he made a tiny peep, and called my momma when I couldn’t get him to sleep with ease. 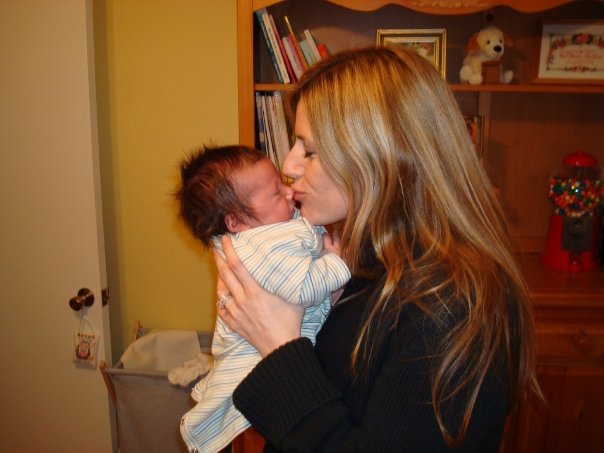 And as our little one grew, we so quickly fell into our  new routines as a family.

Four years later, I’m even more in love with our son than I was the moment he was placed in my arms.

I love the way he could kick a soccer ball around all day long… every day showing me the new moves that daddy taught him.  I’m not lying when I tell you that our house in the evening is like an Olympic training gym.  And I’m quite proud of myself for caring less about our newly painted walls that occasionally take a beating because of this.

I love that he can swing a bat better than most five and six year olds.  And that one of his favorite books is a coffee table Cardinals history one where he wants to mainly hear stories about Stan the Man, Ozzie Smith, Jack Buck and Bob Gibson.

I love that he was the inspiration for becoming a photographer… because he was changing and growing every day and I just wanted to capture every single moment of it.

I love how in love he is with cars.  And how he was the most excited kid when he got to go to the toy store after he gave up his binkie and pick out whatever cars from the movie Cars that he wanted.  And how he now arranges his cars – sometimes by color, sometimes by speed or whether they are good or bad guys, or sometimes by how loud they are on our hardwood floors – and then loves to tell me about his choice of how he did so.

I love how he loves his baby sister.  How he races to get me in the morning if he hears her crying and wants to be the first one to bust in her room saying “It’s ok, it’s okay… momma’s coming to get you.”   I love how he always thinks Audrey should be able to eat what he is eating and so our sixteen month old has had more fruit snacks and tastes of cookies than Jacob ever had at that age because of him.

I love how he still wants us to snuggle with him until he falls asleep.  And if you try to sneak away a few minutes early, he look up at you with those big, gorgeous hazel eyes and says “just five more minutes, momma?”

I love his big belly laugh.

I love how he loves pancakes for breakfast.  And how he always has to remind me that the way I am doing it is “not how daddy does it.”  And even though I always try my hardest to make the absolute most perfect pancakes, they are still not as good as daddys.

I love how much he loves his cousin, Jackson.  And that if he sees him at school, that is always the very first thing he tells me when he gets in the car.

I love how he tells me to sing Twinkle, Twinkle Little Star to Audrey when he gets out of the car for school because she always cries when he leaves and he doesn’t like when she is sad.

I love that he loves his Cars underwear.

I love that he jumps up during Barney and follows along to all the singing and dancing.  And that he knows the lyrics to several of my favorite country songs and tells me to turn up the radio when he hears one coming on.

I love how he still comes to snuggle with me in the middle of the night.  And that when I take him back to his room and tuck him back into bed and he is sound asleep, I will still hear little feet running back into our room soon after.

I love that he always wants a story read to him when he is eating.  And that he will run to the bookshelf and pile ten or so books in his arms to dump on the kitchen table saying, “Ok Momma, I’m ready.”

I love that every piece of art work is for me.  Until Daddy comes home and he runs over to him exclaiming, “Look what I made you, Daddy!”

I love that he still wants to be held and hugged and kissed.

Four years ago, we brought into this world this perfect new baby.  Today, we celebrate the amazing four-year-old our Jacob Allan has become.   He makes us smile more, laugh louder, and love more than we ever deemed possible.

There will be lots of candles, plenty of treats and whole lot of celebration going on today…